Since 1986, the Wichita Foundation has awarded more than $100 million in grants. We support and collaborate with nonprofits working to meet community needs and enhance the quality of life in Wichita.

There are four types of grants we award to nonprofit organizations:

We oversee competitive grant rounds for fund holders upon request.

Donors make recommendations and we distribute monthly grants to nonprofits.

Provides relief assistance to nonprofits in the Wichita and Sedgwick County area.

To be eligible to apply for the grants listed below, your organization must be:

All grants are awarded at the discretion of the advisors to each fund, subject to the approval of the Board of Directors of the Wichita Foundation.

APPLY FOR A GRANT

The application process for the Foundation is accessible through our Online Grants Portal.

Each grant helps realize our vision for a strong, vibrant community.

Since its establishment in 2010, the George R. Tiller, M.D., Memorial Fund for the Advancement of Women’s Health at Wichita Foundation has granted more than $1 million to nonprofits in Kansas who help women help themselves. These grants provide comprehensive health services, support and compassion to vulnerable women to realize their dreams.

Step 1 - Submit a letter of inquiry by March 31. This scaled-down version of the current grant application will consist of two questions asking for a proposed project (300 words or less) and a simple budget.

Step 2 - The committee will invite nonprofits to apply for funding. We will provide a more detailed application for finalists to complete.

Step 3 - Selected nonprofits to submit detailed applications by June 30. Grantees will be announced in the fall.

Organizations in Kansas may apply for up to $25,000. Projects should focus on reproductive health and services to women in need, such as:

A native of Wichita, Kansas, George R. Tiller attended the University of Kansas on a swimming scholarship, completed a Bachelor’s degree in zoology in 1963, and graduated from the University of Kansas School of Medicine in 1967. He served his medical internship as an officer in the Navy at the U.S. Naval Hospital, Camp Pendleton, California. He then graduated from the Naval Aerospace Medical Institute Flight Surgeon School and became a U.S. Navy Flight Surgeon. In 1970, upon the death of his father, mother, sister, and brother-in-law in a plane crash, George returned to Wichita to assume his father’s general medical practice and later became the Medical Director of Women’s Health Care Services. Wichita remained George’s home until his death in 2009.

Dr. Tiller was a board certified Diplomat of the American Academy of Family Physicians and practiced for more than 40 years. He was a valued and respected member of Wichita’s medical community. At Wesley Medical Center, he was a former past president of the medical staff, a member of the executive committee, and a clinical instructor in the Department of Family Medicine. He was the Medical Director of Women’s Alcoholism Treatment Service for the Sedgwick County Health Department for several years. He served as one of the team physicians for the Wichita Wings, a professional indoor soccer team. Dr. Tiller participated in a variety of national organizations in support of reproductive health and was a highly-recognized international speaker and lecturer.

His life ended violently in May 2009 as he ushered at his Wichita church. His devoted wife, Jeanne, his four children, and his 10 grandchildren lost him on that day, but they did not lose their direction or hope in establishing a fitting legacy in his memory. The family invites nonprofits serving Kansas to join them in their mission to continue Dr. Tiller’s efforts to make appropriate health services readily available to women in need.

The Victor Murdock Fund at WF invests in programs that provide creative and practical approaches to solving community problems. The Fund was established in 2000 to honor Wichita Eagle founder and long-time Wichitan, Victor Murdock. 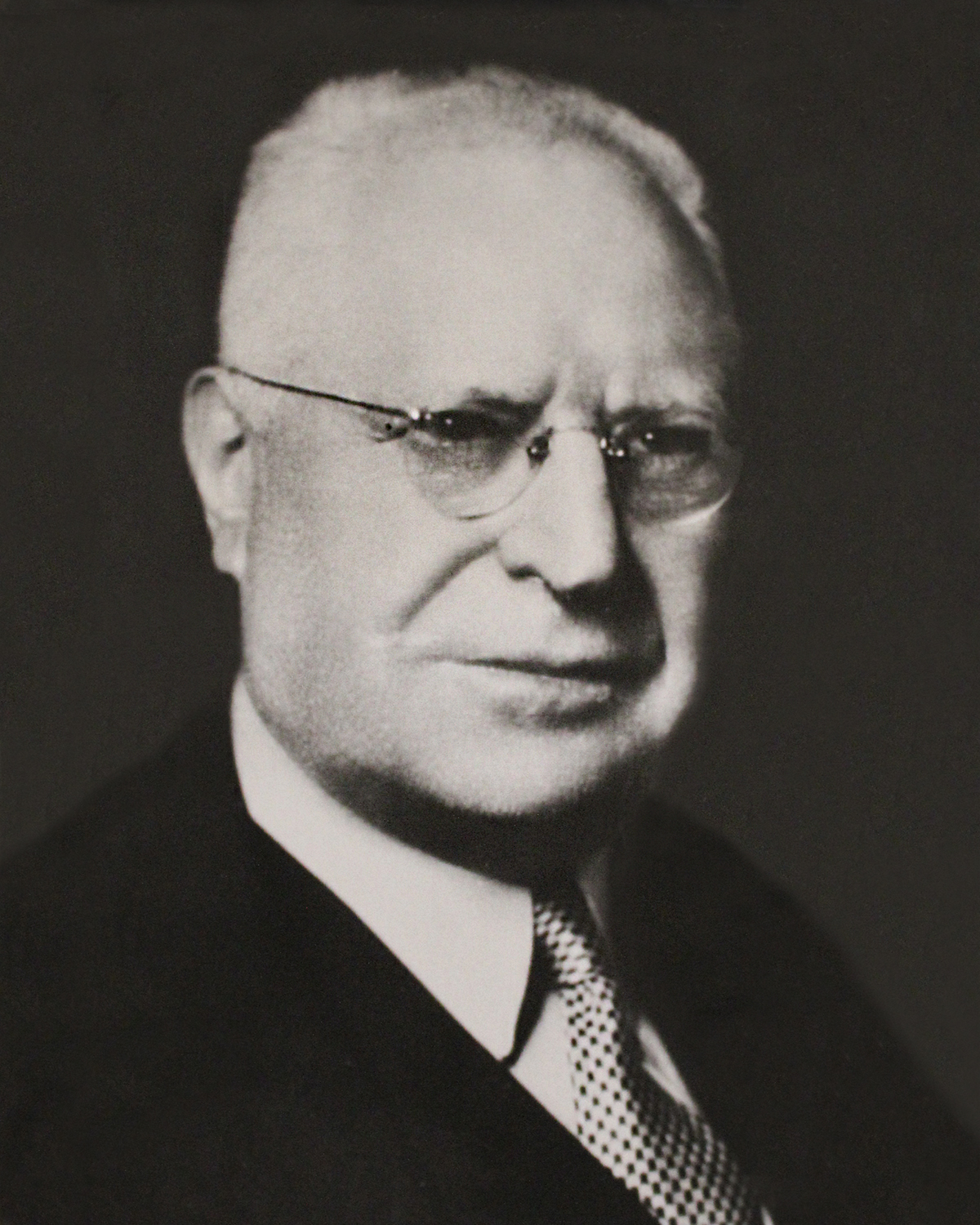 Victor Murdock was born in 1872 with newspaper ink in his blood. One of three children of Victoria and Colonel Marshall Murdock, the family settled in Wichita in 1872 and founded the newspaper we know today as The Wichita Eagle.

When he was old enough, Victor Murdock was put to work in the pressroom, setting type and inking the handpress. By the age of 29, he was the Wichita Eagle’s managing editor. A gifted reporter, he is credited with having written more than 3.5 million words for The Eagle during his career.

In 1903, Murdock went to Washington D.C., serving six terms in Congress and later on to the Federal Trade Commission as the appointee of Woodrow Wilson. He returned to Wichita in 1924, taking editorial charge of The Eagle once more. He remained as editor-in-chief until his death in 1945.

During his lifetime, he enjoyed a nation-wide reputation as a writer, speaker and public figure. First and foremost, he considered himself a writer. In a career covering 60 years, which took him to all parts of the world, he was the ultimate reporter— at home, in police court, and the halls of Congress.

Murdock’s good fortune and talents brought him many opportunities for travel and to witness history in the making. He witnessed an early flight of the Wright Brothers in Washington D.C., sent war dispatches from London in World War I as German Zeppelins raided the city, and helped form the Bull Moose party to nominate Theodore Roosevelt for president.

Murdock, like his father, was captivated by the spirit of Wichita. He was happiest at home in Kansas. He watched with interest as Wichita grew, attracting numerous oil & gas and aviation businesses and new office buildings to its skyline. He delighted in meeting and interviewing local people, exploring their backgrounds and hearing their stories. He never tired of road trips to inspect the wheat harvest in Kansas and Oklahoma, and was a tireless advocate for the prairie. This deep affection for Wichita and its people is reflected in the spirit of philanthropy guiding the Victor Murdock Fund.

The Fund was established in 2000 to honor Wichita Eagle founder and long-time Wichitan, Victor Murdock. His grandson, the late Victor Delano, said he started the fund “to honor my grandparents, and pay back a city that has been good to me.”

Established in 2012 by the Wichita Wagonmasters, the Good Life Grants at WF are committed to benefiting the quality of life for Wichitans. The fund serves a wide range of projects enabling more people to enjoy the good life and to promote Wichita as a great place to live, work and play. Applications open June 1, 2023.

Wichita Wagonmasters was formed by a group of civic-minded business executives with a single purpose: To promote and sell the good life in Wichita. The civic and social activities of the founders, and now of the total membership, are as wide and varied as the personalities of the members themselves.

The Wichita Wagonmasters Fund at WF will consider requests beginning at $250, with a maximum of $1,000.

The Good Life Grants invest in programs that…

The Fund also selects organizations that…

Unexpected situations can arise for nonprofits and we’re here to quickly respond to your urgent needs.

We are not providing assistance for the following situations:

Let’s talk about your ideas for making Wichita even greater. 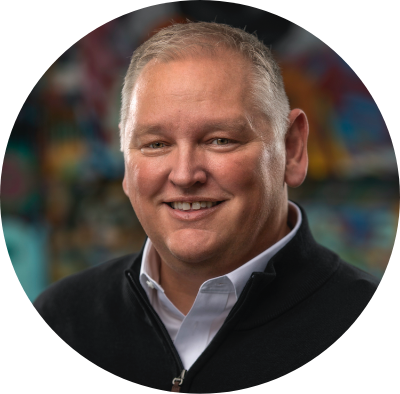 Build the future with us